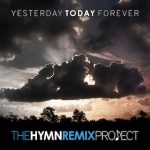 It’s been more than a month since we’ve posted: sorry we’ve been so swamped with practicing and recording that we scarce had any energy left to share! The last two months have been crazy—crazy busy and crazy joyful in allowing ourselves to be pushed to the limit in hopes of musical excellence for His glory. In September, we had rehearsals every weekend. In October, we could only manage two full band rehearsals before hitting the “studio” to record; picture a bunch of newbies with gear setting up in whatever space was available at church! Naturally, when you’re doing things for the first time there are bound to be glitches: many of us had to re-record parts due to various technical issues on the first take. The recording month of October was simply grueling, with sessions running until the wee hours of the morning as we pushed for that “perfect” sound.

The words from the chorus we wrote for “Sweet Hour of Prayer”—inspired by David’s earnest cries in the psalms—were especially true when we hit some desperate moments.

I’m on my knees
Search my open heart
Lord, I come to Thee
O God above, I know I’m unworthy
I’m at your feet
Reaching out for you
Jesus, I believe
O God of love, your grace I receive.

From the first songwriting session to the final mastering session, God has been faithful. Even though many of our deadlines were barely met (i.e. racing across town to deliver the master CD before the duplication house closed), we knew He would see His good work through to completion. The entire experience has been a humble lesson in how He can—and does—use even “the least of these.”

The album title—Yesterday, Today, Forever—was inspired by A. B. Simpson’s hymn of the same name (track 9 on the album). The chorus goes like this:

Yesterday, today, forever
Jesus is the same
All may change but Jesus never
Glory to His name!

Likewise, the scriptural truths contained within each hymn remains the same—no matter how much the chords, feel, or instrumentation may have changed. At the end of the day, the Hymn Remix Project is simply about sharing our faith through music: it’s opened up many avenues for interesting and meaningful conversations with friends and family.

We began this journey in late January as a tentative, two-person exercise in songwriting and arranging, not realizing that it would develop into a full album project. Now, after an incredible ten months of hard work and God’s grace, we’re excited to release our debut album in concert on November 24th. We really would love for everyone to join us as we lift up our mighty God in praise and worship. ☺